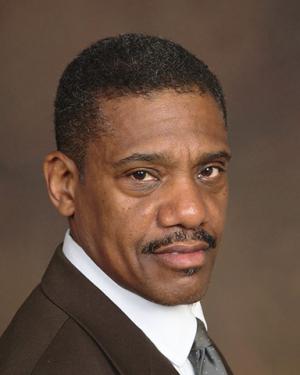 The SCC Bookmobile’s next living-history program features the program “Martin Luther King, Jr.: A Man of Conscience” on Friday, Feb. 23 at 7 p.m. in partnership with American Historical Theatre.  King will be portrayed by South Jersey-based actor Keith Henley.

Sponsored by the Friends of the SCC Bookmobile Library, this family-friendly, free event will be held in Donaghay Hall, Room DON-106, on Salem Community College’s campus at 460 Hollywood Ave.  Guests should park in Lot D and enter through the double doors facing the parking lot.

Born Michael King and later renamed by his father, after the Baptist minister who was a seminal leader of the Protestant Reformation, the Rev. Martin Luther King Jr. was one of the world’s greatest orators, as well as a pastor, activist and humanitarian. King is best remembered for the advancement of civil rights.  He won the Nobel Peace Prize in 1964 for his work combating racial inequality through the use of nonviolent civil disobedience, an approach refined based on his studies with Veteran African-American civil rights activist Bayard Rustin and his admiration for Ghandi. While King organized or participated in a great many, and variety, of protests, his most famous speech, the “I have a Dream,” was first delivered at the March on Washington for Jobs and Freedom in 1963.

Keith Henley’s background is one of great diversity.  He graduated South Carolina State College with a major in chemistry and minors in mathematics and biology. Later, he studied theatre education at Camden County College in Blackwood. He currently owns and operates J.O.Y. Productions, Queenie’s Homemade Sweets and Catering, and Alpha Designs. In addition, he is the artistic director and choreographer for Folkloric Heritage Culture Arts Company Inc. of Cherry Hill. He began his historic interpretation career with Historic Philadelphia Inc. and has since worked for American Historical Theatre and History First Hand.  He has performed for the Smithsonian Associates’ Teaching American History program, Historic Germantown, the Academy of Natural Sciences of Philadelphia as well as local libraries.

Funding for the program is provided by the New Jersey Council for the Humanities’ Public Scholars Project.

Caption:  Keith Henley will portray the Rev. Martin Luther King, Jr. in a free program sponsored by the SCC Bookmobile in partnership with American Historical Theatre on Friday, Feb. 23 at 7 p.m. in Donaghay Hall, Room DON-106, on the Salem Community College campus in Carneys Point