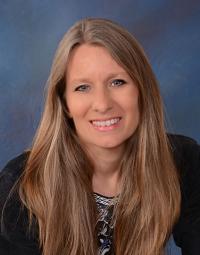 Pam Halter Chew is a nationally respected elementary school teacher with a passion for engaging her students through hands-on science lessons.

Colleagues describe Pam as a dedicated educator; she completed her 25th year at Mary Shoemaker Elementary School in June 2018.  She is a former Salem County Teacher of the Year who has excelled in several leadership roles within the Woodstown-Pilesgrove Regional School District, including science coordinator, mentor teacher and pilot classroom teacher.

Pam has presented at several national science teacher conventions for Partners in Science in connection with Salem Community College.

A 1982 Woodstown High School graduate, Pam is also highly regarded for creating and coordinating the annual Kids Inquiry Conference (KIC), which will mark its 20th year in 2019.  KIC now serves about 1000 first through fifth graders from throughout Salem County in a day-long program at Salem Community College.

Among her other community initiatives, Pam started the school-age childcare program in the Alloway School District, and has served as the Woodstown district’s science coach, a teacher-trainer for the county-wide science kit implementation and a teacher-leader for Partners in Science, which honored her as a distinguished volunteer. She was a coordinator, coach and mentor for the FIRST Robotics team at SCC and served in similar capacities for the FIRST LEGO League team.  She is also a former member of the Alloway Twp. School Board of Education and past treasurer for the Salem County School Board Association.

While an SCC student, Pam played shortstop on the softball team and twice was named scholar athlete. Later, she was the first president of the SCC Alumni Association.  In addition to earning her associate degree in 1989 from SCC, Pam holds a bachelor of science from Glassboro State College (now Rowan University) and a master’s in educational leadership from Wilmington University.