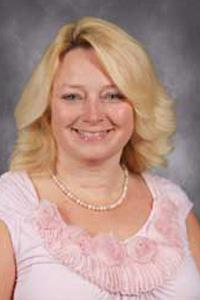 Theresa "Terry" Angelus earned an associate in arts degree in liberal arts from Salem Community College in 1999. She holds the distinction of being the only SCC graduate to earn spots on both the All-USA Academic and All-State Academic Teams.

Angelus served as the science curriculum leader and lead teacher mentor at MOT Charter School in Middletown, Del. In 2011, after completing 160 hours of training, Angelus became certified in a Science, Technology, Engineering and Math (STEM) curriculum known as Project Lead the Way. In 2013, she was promoted to Principal of Students & Families. MOT Charter is the only middle school in Delaware that offers this curriculum.

Active at the state level in Delaware, Angelus serves on the Governor's STEM Council, working on initiatives to increase students' global competitiveness, and collaborates with other lead science teachers to further develop the state's science program.

Since 2006, Terry has devoted summers as a teacher trainer with Enterprise for Education's Clean Air Challenge in several states. Having also twice conducted training in China, Terry is recognized as an international science education ambassador, working with Chinese colleagues on air-quality issues including ozone formation.

"Terry demonstrates how to successfully set high expectations for students and provide instructional learning opportunities to ensure that students are fully engaged while mastering the desired content," said Jennings. "The development and success of our K-8 science program is a direct result of her leadership.

Instrumental in the development of SCC's Alumni Association, Angelus served as its president from 2001 to 2007. During her tenure, the Association created a book grant program that now supports 12 students per year. She and her fellow officers established book grant fundraisers, including the annual Walk and Fun Run.

She holds a bachelor's degree from Rutgers University-Camden and is pursuing a master's degree in curriculum and instruction from Wesley College.