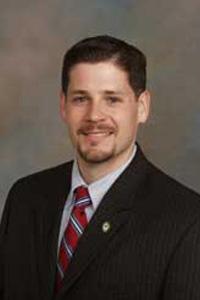 Jacob C. Farbman, M.A., APR joined the New Jersey Council of County Colleges in October 1999 as its public relations officer.  In July 2005, he was promoted to Director of Communications.  In his current role, he directs the Council’s statewide internal and external communication programs for New Jersey’s 19 community colleges.

Jacob has successfully managed the Council’s first-ever, statewide public affairs campaign since 2004, blending elements of public relations, marketing, advertising, and grassroots communication to inform the public, the legislature, policy makers and state leaders of the importance of community college programs, such as the New Jersey Student Tuition Assistance Rewards Scholarship (NJ STARS) program, the Chapter 12 community college construction and renovation program, financial aid for part-time community college students (Part-time Tuition Aid Grants), the New Jersey Virtual Community College Consortium, and the New Jersey Community College Consortium for Workforce and Economic Development.  He also manages all of the Council’s special events, including Phi Theta Kappa Day.  In 2002, District I of the National Council for Marketing and Public Relations (NCMPR) honored his work at the Council with Silver and Bronze Medallions of Achievement.

In addition to his duties at the Council, Jacob has served as an adjunct professor of communication studies at The College of New Jersey (TCNJ) in Ewing since January 2001, teaching Introduction to Communication Theory and Strategies of Public Relations. During this time, he has helped over two dozen of his best and brightest students land internships, graduate assistantships and entry-level positions in the communication, education and high-technology fields.  In 2005, TCNJ’s chapter of the Sigma Pi fraternity honored Jacob with one of five Outstanding Faculty Awards.  He was the only adjunct to receive the award.

Jacob is one of a few public relations practitioners in the nation representing community colleges to hold an Accredited in Public Relations (APR) distinction awarded by the Universal Accreditation Board of the Public Relations Society of America.  The APR recognizes exemplary standards of character and competence in the practice of public relations.

Jacob graduated from Rowan University’s nationally recognized graduate public relations program in August 1999.  While working as a graduate assistant, Jacob was the first student to ever serve as guest-editor of The Journal of Educational Relations, a national journal read by school public relations practitioners, school administrators and school board members.

Before attending graduate school, Jacob spent two years as the public relations assistant at Salem Community College.  In 1997, District I of NCMPR honored his advertising concept and design work for SCC’s summer children’s program with a Silver Medallion of Achievement.  In August 1998, SCC honored him with its Spring 1998 Employee of the Semester award.

A graduate of Arthur P. Schalick High School, Jacob was a member of the Elmer Fire Department from 1994 to 2000, where he served as president in 1997.  He also volunteered as an emergency medical technician with the Elmer Ambulance Corps from 1995 to 1999.   Jacob now resides in Mount Laurel, Burlington County.