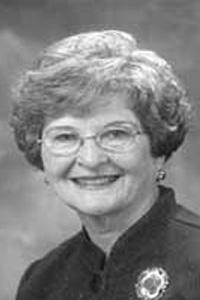 Carol B. Tighe graduated from Salem Community College with an associate of arts degree in liberal arts in 1978, at which time she was named an Outstanding Student in Liberal Arts. She later received a bachelor of arts degree in communications from Glassboro State College, now Rowan University.

Mrs. Tighe serves as executive director of the Salem County chapter of the American Red Cross, where she has worked since 1993. During her tenure, she has increased the chapter’s income, number of clients served and number of volunteers. Last year, she spent two weeks in North Carolina, serving as a government liaison during Hurricane Floyd.

Before joining the Red Cross, Mrs. Tighe was employed by the Girl Scouts, serving as program and field director at the Camden County Council and as public relations director at the Holly Shores Council.

She and her husband, Ralph, have four children — Jean, Daniel, Janice and Dana — as well as eight grandchildren.