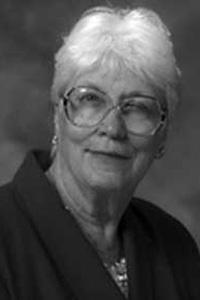 As a former victim of domestic violence, Ms. Pennington practices law exclusively for the benefit of abused women and other women. In 1992, she founded the National Center for Protective Parents in Trenton. Five years later, she founded the Women’s Law Project (WLP), a nonprofit organization that operates under the aegis of the National Center for Protective Parents. The WLP provides sliding scale or pro bono matrimonial legal services. Recently the project received a grant of $236,998 from the U. S. Department of Justice to hire two additional attorneys.

Ms. Pennington was presented with a New Jersey Senate resolution in 1996 for meritorious service, leadership and commitment in the field of domestic violence law. She received the 1995 Mary Philbrook Award (named after the first woman attorney in New Jersey) from the Women’s Law Caucus, Rutgers School of Law. The Trenton resident was the first attorney to be certified in the State of New Jersey as a domestic violence specialist. She received the Domestic Violence Advocate Award from the New Jersey Coalition for Battered Women, and the YWCA of Trenton named her a “Woman of Inspiration.”