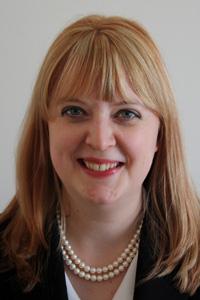 After graduating with an associate in arts in communications/journalism from Salem Community College in December 2000, Erin transferred to Rowan University, served as the news editor of The Whit, Rowan’s newspaper in fall 2002 and earned a bachelor’s degree in journalism.

Erin was a general news reporter and education reporter for Today’s Sunbeam in 2003-2004 before serving as law reporter for the Gloucester County Times. She became a staff writer in 2005 for Ocular Surgery News, published by Slack Inc. in Thorofare, N.J. Erin’s job took her to conferences around the world, where she reported on ophthalmology research. In 2010, she was promoted to managing editor of the international editions of Ocular Surgery News.

In 2012, she was named a senior staff writer for EyeWorld, the magazine of the American Society of Cataract and Refractive Surgeons, a nonprofit medical society based in Virginia. Traveling domestically and internationally, she wrote investigative and feature clinical stories. In February 2014, Erin was named editor of EyeWorld. She oversees the editorial process for the monthly, 80+ page medical publication with a circulation of more than 19,000 and manages a team of in-house and freelance writers. She continues to travel to medical conferences throughout the United States as well as abroad. During these professional gatherings, Erin works with colleagues to publish daily newspapers for attendees.

Erin is a long-time volunteer at the Alice Paul Institute, a nonprofit group promoting women’s history. She also volunteers with Ophthalmic Women Leaders, serving as co-chair of its mentoring committee, and with the National Women’s History Museum. In addition, Erin speaks at colleges, including SCC, about her journalism career.