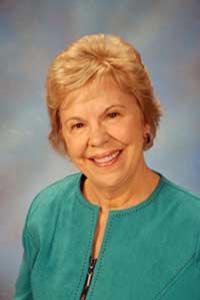 Barbara E. Nixon has distinguished herself in the field of education.

At Salem Community College, Mrs. Nixon has risen through the ranks – Developmental English aide (1978-1980), English Lecturer (1980-1986), English Instructor (1986-1989) and Assistant Professor of English (1988 to present). She has served as program coordinator of developmental studies and co-chaired the College’s self-study process, leading to reaccreditation from the Middle States Commission on Higher Education in 1995. Among her many other service activities at the College, she has been cluster coordinator of the English department, tutorial supervisor, curriculum review committee chairperson and co-advisor of the student newspaper. As the Assistant Professor of Developmental English, Mrs. Nixon has contributed greatly to helping prepare students for collegiate-level coursework.

In recognition of outstanding career accomplishments and community service, Mrs. Nixon received the Excellence Award from New Jersey Council of County Colleges in 1992. She was named Salem Community College’s first Employee of the Year (1993-1994) and honored as Employee of the Semester for spring 1994. More recently, she earned the SCC’s Educational Opportunity Fund Program Appreciation Award for commitment and dedication to educational excellence and the Arlene Kelley Service to Students Award for going the 'extra mile' in addressing student concerns, and demonstrating a dedication and passion to student success. In addition, she was inducted as an honorary member into the College's chapter of Phi Theta Kappa, the international honor society of two-year colleges, in recognition of her long-time support.