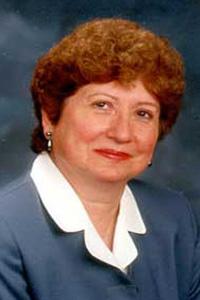 Gilda T. Gill serves as the first female clerk of Salem County, having been elected to a five-year term beginning January 1, 2000. She also is the chief finance officer for Elsinboro Township, a post she has held for 10 years.

A member of the Salem County Board of Chosen Freeholders from 1990 through 1993, Mrs. Gill holds the distinction of being the first female freeholder. She also was the first woman appointed as clerk of the Board of Chosen Freeholders, serving from 1993 until 1999. Previously, she served 20 years as a municipal clerk and treasurer. She holds certifications as a public manager, finance officer and municipal clerk.

The Penns Grove resident is a charter member and past chairperson of the Salem County Commission on Women, as well as the founder, first president and active member of the Salem County Clerks and Treasurers Association. She organized and chaired the World War II 50th Anniversary Commemorative Committee and currently serves as organizer and chair of the Korean War 50th Anniversary Commemorative Committee.

She and her husband Morgan have three children — Terry, James and Gina — as well as eight grandchildren.