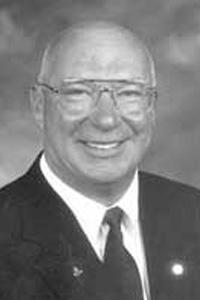 David Sparks graduated in 1968 with a diploma as a journeyman millwright.  In addition to taking additional courses at his alma mater, he has earned technical certificates from the University of Delaware, the University of Miami and Drexel University.

Thirteen years ago, Mr. Sparks followed in his father’s footsteps and was elected to the Salem County Board of Chosen Freeholders. As a freeholder and as the board’s director since 1998, he has never lost touch with his roots and the tremendous benefits of technical educational programs. As a result he has been a friend of Salem Community College and other educational institutions in Salem County.

Before his election to the freeholder board, the Carneys Point resident served as a committeeman in his hometown for three years.

Mr. Sparks is a safety, occupational health & environmental manager at DuPont Chambers Works, where he holds 35 years of service. During his tenure, he has worked as a journeyman millwright and maintenance & construction manager.

Mr. Sparks serves on the boards of the American Heart Association’s Salem County chapter and Appel Farm Arts & Music Center. In addition, he devotes time to the environmental management advisory committee for PSE&G’s Estuary Enhancement Program and to Big Brothers/Big Sisters of Salem County. He is chairman of the South Jersey Power Cooperative that serves government and business agencies in Salem and three other counties. He also chairs the administrative committee of Trinity United Methodist Church in Pennsville.